Fred Edson Lafortune is a Haitian author, and poet. He is the founder of Echo Culture . Echo Culture is a non profit organization that promotes Haitian literature, art, and culture. Fred Lafortune is among the best known Haitian poets of the new generation. His work has been featured in prominant European magazines such as Il Convivio (in Italy), Le Manoir des poètes, and Art et Poésie. Fred has had the unique opportunity to be interviewed for his literary contributions by renouned journalist Guillaume Truilhé on channel CT2E ; la Chaine de Télévision Toulousaine et Européenne. Fred’s publications include a collection of poemes called En nulle autre (No One Else), and an anthology comprised of contemporary Haitian writers titled Cahier Haïti.

In 2007, Fred was invited to Paris by the French Society of Poets (SPF) for his literary accomplishments. In March of 2009, Fred Edson Lafortune was reinvited to France as an honerary guest by the « Salon du Livre de Paris » for the signing of his book « En nulle autre » and also for an in depth presentation of his anthology Cahier Haïti. Fred‘s work as a Haitian poet and writer has been explored by students at Lehman College in New York under the direction of the Director of francophone literature, Thomas Spear Phd .

Fred currently resides in Rhode Island (USA ) with his wife Joanne and daughter Grace – Victoria. He is the host of the popular radio show Echo Culture on 87.7 fm every Saturday (6hrs -8hrs, eastern time). 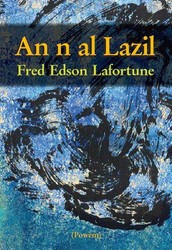 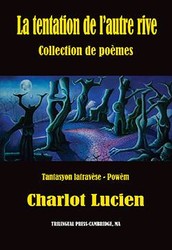 Please join us for a book launch